Here is a Winter update of my latest clients that includes clients from Thailand, Canada and the United States. (Including 3 from my home state of Florida.)

What inspires me? Droid Does…No Really…It does!

I have written similar posts to this one before. I keep writing them because they always change. When I say “they”, I mean the things that inspire. For me there are “absolutes of inspiration” (Wife, Kids, ocean, creation in general) But sometimes there are new things. New things that catch you by surprise.

Lately I have found one of those new things.  I have found it in the simple unprofessional lens of my Android phone camera. That’s right I said PHONE camera. I have more expensive cameras of course. I am even an alum of the New York Institute of Photography.  So what would make me use this little camera on my phone as inspiration? Simple. The Challenge. The challenge is that in the absence of quality you must make up for it in substance. You must take a GREAT photograph that can even overcome the shoddy quality of a  phone that is like umpteen MP smaller than my “real” camera. I love it. …No. They cant be sold. They wont get published.  However, They will inspire you to search harder for that great shot. It will drive you to capture your family and life experiences in the moment. So put down the nice professional equipment…as hard as it may be. Throw your phone in your pocket and go get that perfect or not-so-perfect shot. It will get your juices flowing and drive you to create more perfection in whatever art form you enjoy the most.

By the way. I have found the coolest little place to share your photos is on picplz. Great apps for Android and iPhone. Simple quick and lots of cool filters. Great social site for JUST pix.

For more things that can inspire hop over to this post by my friend Melissa Beaver. I think my readers will find her honest and refreshing: The Pleated Polka Dot.

Just a quick update on some recent designs from Qtr. 2 of 2011  for clients from around the nation and the world. Also, Is it just me or is blue the color of choice for 2011?….Hmmm maybe I will make it the source of my new brand coming in July *hint alert*

Just a quick update on some recent designs for clients around the world.

Just an update of some of my latest Logo/Corporate ID’s. Logos were designed for clients from Australia, Sweden, Spain and The US.

These amazing photos were passed along by a colleague on an outsource site that I work for. (See her work here: Apatini Design)

These are amazing shots from America’s yesteryear and also shots from Russia 100 years ago. The photos were taken way before computers or photoshop, yet they have the grit and beauty of  a photo taken by the modern photographer in the digital age.  I found these simply amazing.

These should be reminders to us of what we are trying to capture as artists and photographers. They remind us that we are capturing moments. Freezing Time. Creating time capsules that will give insight into our world 100 years from now.

As designers we seek to create a classic brand ID that will stand up to the test of time. As photographers we hope to in some ways do the same. I hope you enjoy these as much as I did.

See the US Photos: HERE

This design is for a cloud computing company based in Washington, DC.

Thanks to Rick Harris, for his feedback on the project.

We thrive on the suggestions and feedback of our clients to insure the best face for your company or business.

For more information on Tilly Design and improving your brand contact us: www.paultilly.net | 910-540-3488

The Waiting Is The Hardest Part 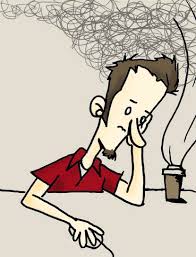 O.K…..so maybe this has nothing to do with creativity….or maybe it has everything.
Let me explain. My son was due to be born Friday. Both of my daughters were born a few days early. Needless to say, my wife and I had built ourselves up, that this time would be the same. Well, Its Sunday afternoon, and still….nothing. No labor, no delivery, no son…yet.

Our schedules? In Limbo.
Our plans? On hold.
My creative juices? Dry as a bone.

How does this relate to creativity? Well, that is very simple. It zaps ALL of it. It crushes the creative open mind into a needle sized tunnel. My mind can think of nothing, when in reality the creative mind needs to explore everything. My mind is racing. My plans are in disarray. I stare a hole though my computer screen. My canvas remains white. My shutter button does not click. Nothing.

It is amazing how those of us who consider ourselves creative artists can be grounded by one event. Or in this case…the lack of such an event.

Whats more amazing however is how suddenly that will change, because he will be here soon. His arrival will unload a rush of inspiration that’s hard to measure. I know that feeling. My little girls have inspired me more than words can say. My wife inspires me everyday. He will be no different. He will inspire.

But for today….I wait…Maybe its the calm before the creative storm.

Maybe its the dam of creativity waiting to burst. …But for today….I wait.  (To be continued)

My surfing days were very short….and a LONG time ago. I have lived my who life on the coast. The Florida Gulf Coast left very little surf for the young would-be boardsmith. What it lacked in surf-ability, it made up for in photogenic beauty.  Now at this more mature point in life, I live on the Atlantic Coast. I have no desire to attempt to balance my 38 year old frame on that fiberglass board anymore…..But…The hunt for the perfect coastal morning continues in a different form.

This week like many others before it, I found myself rising before the sun in search for the perfect sunrise. The beach is empty at that time of the morning. Two groups of people make that early pilgrimage across the sand on these coastal mornings. Those who ride the ocean on a board, and those who try to capture it with their lens. Much like the surfers who just beat me to the beach this day, I to was hunting for something.

Not every sunrise is a photogenic one. In fact the more overcast the better. You need clouds to capture the rays. The clearer the sky, the less likely you will have a majestic event. Unfortunately, while refreshing, most mornings last week were just the “typical” clear morning. The sun rose simply, with no fanfare.

Saturday morning however, was a different story. The wind was blowing and the clouds were mounting. The waves rolled large and barrel-like. The spray from the ocean was blowing softly across the shoreline. I could taste the salt air. I had waited all week for this. The surfers had waited for this. The suns initial appearance was hidden by a horizon full of building clouds. The surfers seemed to notice too. Some stopped for a moment and looked east. That’s when it happened. The cloudy sky coupled with that orange orb that I had hunted and waited for patiently, finally peered through the one opening in that wall of darkness. Its rays spread through and clung to everything near by. ..the surrounding clouds reflecting every color and shade of orange and pink and red.

I had waited…and hunted…and then right in front of me was the prey I had hunted…”Click!”…the surfers and I had both found what we were waiting for.  We were both looking for that one magical experience, that would literally inspire our entire day.  Moments later, the surfers …and the photogs head off to our  jobs, schools and families. Passing the tourists and beachcombers who are just now arriving.

They seem oblivious to what they have just missed. They have no idea the parking is free that early…right up until they got here. Now they stuff the meter and drag their coolers and chairs across the sand.

Little do they know. The best part of the ride….ended 10 minutes ago.

Posted in Articles, What inspires me?

Why Corporate Branding and I.D. is a MUST…(part#2)

A corporate ID is the literal face of your business. Just like your friends and family can recognize your physical face, your customer and potential customers need a way to recognize your business. Without it, you might as well be standing in a crowd with a mask over your face. You could hold up a sign telling folks how nice and friendly you are, but folks will want to look into your eyes to make their own judgement. Well the same is true with a business or organization.

Imagine for a minute that you have $5000 to donate to a charity. Four of the five charities that you are considering have nice slick corporate packages. (Nice brochures, well presented logo, professionally built website…) The fifth one has nice information, but they failed to budget the expense of presenting their charity in a professional manner.  Instead the just hoped for word of mouth and luck. Guess which charity is not going to get your money?

The organization above may very well support a noble cause that you very well WOULD want to give the money to, but because they had a mask on in the crowd, you assumed they were not a factor, or worse yet…never even noticed them.

Also we live in a world where assumptions are the rule that many live by. Fair or not, most people make assumptions based on image. You cant portray an image…if you dont have one. Folks will assume that you are unprofessional or uncommited, even if the total opposite is true.

So in our tough economy, help yourself out. Take off the mask and let the world see who you are. It is an investment a business can not live without.

Why Corporate Branding and I.D. is a MUST…(part#1)

Many people are curious when I tell them what I do. Everyone sees logos all around them, but they never think about how much a part of our culture and memory they are.

Just about every social reaction we have is based on a logo. We are conditioned to look for the little blue box with a”t” in it (twitter). We seldom ever actually see the whole word. Many major companies like Apple and Nike never even use their name anymore….just a symbol.  If you own a business, you need a corporate ID. Your competitors will have them. Why let them look more professional than you?

I was going to blog about this today complete with a list of reasons, , but found a fellow blogger who nails it:

Experts urge small business owners to “brand” their businesses with a logo and a set of consistent marketing materials. However, they rarely explain the reasons behind this advice. Read more about Developing Your Company’s Logo. Below are some of some of the benefits of a professionally designed logo and identity system: